There are a number of factors driving our sentiment and analysis that we have seen major lows again here, from supply / demand numbers to bullion banks buying back their massive shorts in silver and gold on the futures exchanges to the closing of the 2nd largest silver mine on the planet, cycle analysis and debt picture.

The Bank for International Settlements (BIS, or more commonly referred to as the central bank to world central banks) castigates world central banks for making a Faustian Pact (a deal with the devil) long ago, rescuing markets every time there is trouble (due to enormous imbalances and insolvency risks) but letting asset bubbles run unchecked in the good times to extreme levels.

They have created ‘intertemporal’ balances (massive consumption and borrowing in the short term, leaving future growth opportunities destitute) that effectively require ever-lower real interest rates with each cycle to keep the game going. This is ultimately unsustainable and ends in an economic disaster.

The deformity is worse today than before the Lehman crisis after eight years of emergency stimulus. The global debt ratio is over 40 percentage points higher at 327pc of world GDP.

And yet most investors have been taken in by the vacuous misleading central bank and media chatter about “normalizing interest rates” and scaling back their truly gigantic balance sheets, but this theory is simply on a scale of believing in fairies and unicorns.

Why? Because debt (and associated derivatives) has expanded to such gargantuan levels, that any attempt to bring it under control will send interest rates skyrocketing by an uncontrollable debt crisis. This absolute stark reality has left them with only one option ……to inflate the debt away by monetizing it (devalue the sovereign currency that the debt is denominated in), which means massive devaluation of currency value, leading to Stagflation.

Once investors grasp the inevitability of this, and that this process will soon get underway with a vengeance, gold and silver are set to soar. The world’s second largest primary silver mine, Tahoe Resources Escobal Mine, was forced to shut down operations in Guatemala by a ruling from the country’s Supreme Court.

Furthermore, the data in the 2017 World Silver Survey reports that a total of 265 million oz (Moz) of primary silver was produced last year.  Thus, the Escobal Mine represents 8% of total global primary silver mine supply.  If Haywood Analysts are correct that production at Escobal may not resume in 2017, than the mine is likely to lose nearly half of the 20-21 Moz forecasted for 2017. 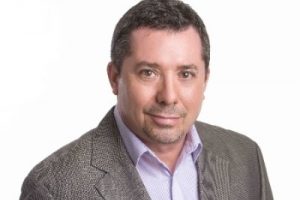 David Mitchell is a friend and respected colleague of the GBA team.  David has nearly three decades of experience and expertise in the financial markets working for some of the world’s leading international banks; he brings his knowledge and energy to the role of Managing Director at Indigo Precious Metals