The end of the financial year did not have the usual level of selling back of precious metals to cash in and cash up investment and SMSF portfolios.  This was partly due to the soft precious metals prices but also currency exchange as the US dollar strength, tension around trade wars and the threat of the end to EU’s QE program.

The markets continue to ignore the flocks of ever-increasing economic black swans darkening the sunlight out from view….

For example, Ambrose of the Telegraph reported recently:

“Germany risks an economic war on three fronts at once. The combined shocks would endanger the post-War miracle and expose the underlying fragility of an ageing nation with 20th Century industries and an enormous growing debt load alongside amplifying unfunded liabilities.”

Donald Trump’s 20pc tariff on European cars is likely to come into force this autumn, shutting up to half a million German vehicles out of the US market.

This could happen just as Italy’s Lega-Five Star insurgents force a budget showdown with the EU, threatening to set off a chain of events that ultimately leads to euro rupture and a Lex monetae default on vast German credits (Lex monetae is a Latin phrase which means that a sovereign state chooses which currency it will use and that the meaning of units of above-mentioned currency is determined by the law of the country whose money is in question.)

Both sagas may well intrude before the final Brexit summit in October.  A “no deal” breakdown would then start to have an existential feel for Germany. Its car industry sells 770,000 vehicles a year to the UK, more than to the US and China combined. Britain is their profit cash-cow.

Deutsche bank (Europes largest bank), the insolvent institution meanwhile is plumbing new depths not even seen during the GFC of 2007/09

What this means for Precious metals

So as the precious metals continue to trade softer alongside reported worsening supply/demand deficits (global demand outpacing supply), the price logic considering everything we know is somewhat at odds with the enormous risks and debt crises that are inevitable.

Reports by pundits of gold falling below US$ 1,100 per ounce really do not tie up with physical reality – namely what is the cost of production of these metals?

As indicated in the link below, global mining costs are coming in around US$ 1,140

Global silver mine production is falling and all-in-costs globally is closer to US$ 15 – 16 US$, this stark reality is often ignored.

Precious Metals are on fire sale at today’s prices. Facing the economic debt storm we know is completely unavoidable, it’s a little bewildering why investors do not see the generational opportunity in front of them. 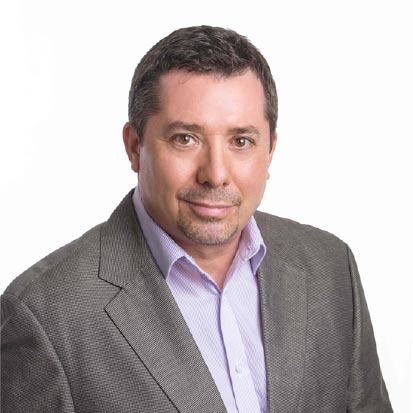 David Mitchell is a friend and respected colleague of Gold Bullion Australia.
David has nearly three decades of experience in the financial markets working for some of the world’s leading international banks.

Some of his most notable roles have been Head of Proprietary Trading, Europe and Head of Spot Trading, Asia-Pacific for HypoVereinsbank AG; Chief Dealer and Manager of the G10 Desk for HSBC; and Chief Dealer at the Forex Desk for NationsBank Group, Singapore.

David brings his expertise and energy to the role of Managing Director of Baird & Co Asia, and Founder and Non-Executive Director of Indigo Precious Metals.

IPM Group, indigopreciousmetals.com has a presence in Singapore and Malaysia and trades in physical precious metals. Its primary focus is the supply and physical delivery of investment grade precious metals directly to customers.

David is a skilled economic writer, he produces regular commentary to demonstrate his views on precious metal investing. His articles and reports are insightful, full of factual data and references and are a valuable source to assist with investment decisions. David mixes his connections, experience and analytical mind with an entertaining and explanatory writing style that is enjoyable and easy to read.

“I approach my long-term trading strategies from a knowledge based on how all markets and assets classes are inexorably linked to each other within major cycle trends in capital flows.”

How GBA and David Mitchell work together
The team at Gold Bullion Australia enjoys regular communication with David Mitchell in several ways:
– David shares his views on precious metal investing with commentary, team training and regular updates about the fiscal environment, Macro Economic drivers and supply and demand scenarios affecting precious metals.
– IPM and GBA work closely in offering solutions for investors to trade and store precious metals including offshore vaulting of Palladium and Rhodium.
– David has recently been appointed Managing Director of Baird & Co Asia and hence a partner of GBA who is an official distributor of Baird & Co in Australia.